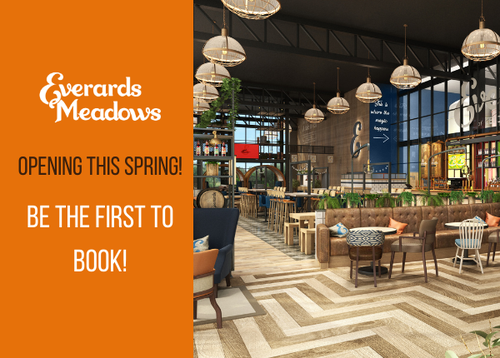 Be the first to book!

We will be opening our brand new brewery beer hall and shop this Spring and you can be the first to know when bookings are open.

A rich fruity porter, oozing with cherry flavour. Can you resist the haunting flavours in Black Annis?

Black Annis Cherry Porter is devilishly good alongside rich desserts such as a melting chocolate pudding or chocolate gateaux. The harmony of the cherries with the chocolate create an explosion of complementing flavours.

We’re bringing you a wickedly tempting treat this Halloween with our brand-new beer telling a favourite local story.

Porters are a London style of beer that became popular in the early 18th century. Versions at this time were dark brown in colour but over the years 19th century versions became jet black. It was named after its popularity among London's street-market workers. Porters are increasingly popular styles today and versions like our Black Annis Cherry Porter have wide appeal due to the soft fruit flavours present and a reduction in bitterness on the aftertaste.

We’ve used US and Slovenian hops and infused our beer with real cherries to brew a rich fruity porter which is oozing with cherry flavour.

Leicester folklore tells the story of Black Annis, a blue-skinned creature who clawed her lair into the rocks of Dane Hills with her vast talons. It was said that Annis roamed for her prey in the dead of night, reaching through the windows of nearby homes with her long arms to capture sleeping victims.

‘Tis said the soul of mortal man recoil’d, To view Black Annis’ eye, so fierce and wild; Vast talons, foul with human flesh, there grew. In place of hands, and features livid blue. Glar’d in her visage; while the obscene waist. Warm skins of human victims close embraced.