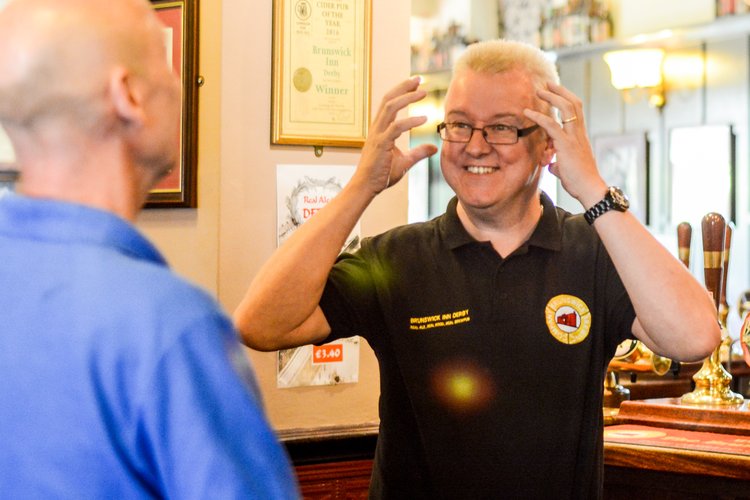 "It's all consuming, but I love it! We have something special here"

A few weeks after Alan took over the troubled Brunswick Inn in Derby he attended a meeting of the local CAMRA group. Alan bided his time and stood up to make an announcement.

Hello, he said. He was Alan Pickersgill. The new landlord at the Brunswick. And the room fell silent. The Brunswick - one of the oldest pubs in the city and formerly a respected hostelry offering a good selection of real ales - had fallen on tough times.

“I told them what I wanted to do, how I’d go about it, and I ended by saying: ‘I want this pub to be the best pub in Derby inside three years’.”

And people didn’t just scoff, says Alan, shaking his head at the memory. They openly laughed. “They laughed me out of the room.” One of the top men at CAMRA took Alan to one side. “You won’t do it, pal,” he said. “It’s too big a job.”

Alan returned to the pub, a stone’s throw from Derby’s railway station on Station Terrace, and set about proving them wrong. It’s not easy turning a failing pub into a successful one. “But it’s not rocket science either,” says Alan. They’d done it before. You start at the beginning, he says. You get the basics right.

Within a year, The Brunswick Inn was unrecognisable. The Brunswick didn’t just win Pub of the Year 12 months after Alan took over. It won the coveted award the following year, too. It’s the only boozer to win the crown back-to-back.

The pub now serves food and has won back its place in The Good Pub Guide. It now offers 25 different ales and was awarded the 'Best for Cider' title at the Great British Pub Awards 2019.

A former retail manager, Alan has worked in pubs now for 13 years, “I love it. I work long hours - six days a week, 14 hours a day - but my work is my life. It’s all consuming. We’ve moved around a bit - but I think that’s it for us now. I think we’ve found our pub.”

And the chap from CAMRA, the one who said he didn’t think they’d be able to turn the Brunswick around, is now something of a regular.

“He comes in quite a lot. Whenever I see him, I like to remind him of that first meeting. ‘Remember that time I said I would turn this pub around and you all laughed at me?’ I say.”

The man from CAMRA doesn’t know where to look.

And Alan tilts his head back and laughs. It is the unmistakable sound of a man laughing last, laughing longest. 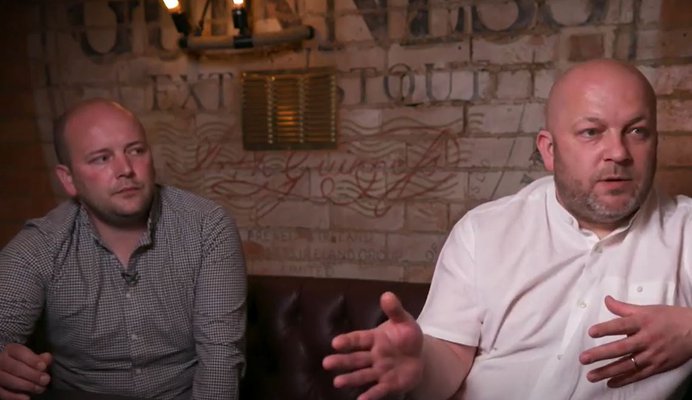 Stephen catches up with our friends David and Martyn at The White Horse as they chat about the challenges of the last year and opening their doors once again.

Justin Bowles and Wayne Robinson swapped a busy, urbane city life to become business owners of a lovely village pub in a sleepy hamlet in Derbyshire. How are they finding it? “It’s the best thing we’ve done,” says Justin. 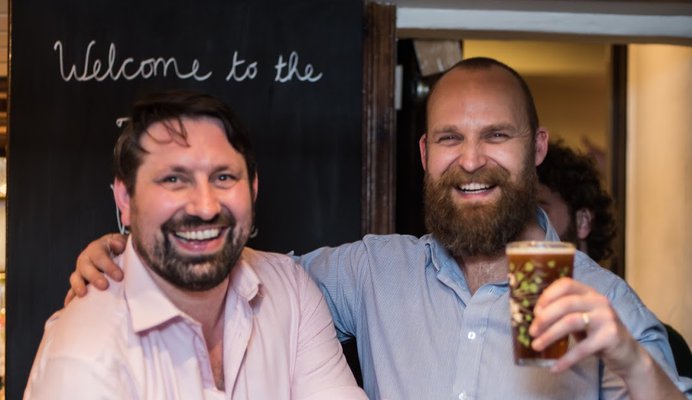 One year on, we chat with Marc and Jonathan about their first year at The Virgins and Castle and their plans for the future.