This has been a very exciting summer for us, as we opened the gates and bridge to the new Everards Meadows. 70 acres of beautiful green space to explore, with quality cycling and pedestrian walkways, a cycle centre and coffee shop.

Located just opposite the expanding Fosse Shopping Park in Leicester, Everards Meadows will also be the home of our new state of the art Brewery due to open Autumn 2020.

This first phase of the £30k development includes the creation of 2.4km of walkways and cycle paths through the meadows, the installation of a £500,000 bridge over the River Soar connecting to Route 6 on the National Cycle Network and the building of a 10,000 square foot Rutland Cycling store and the 3,250 square foot Jenno’s Coffee House. 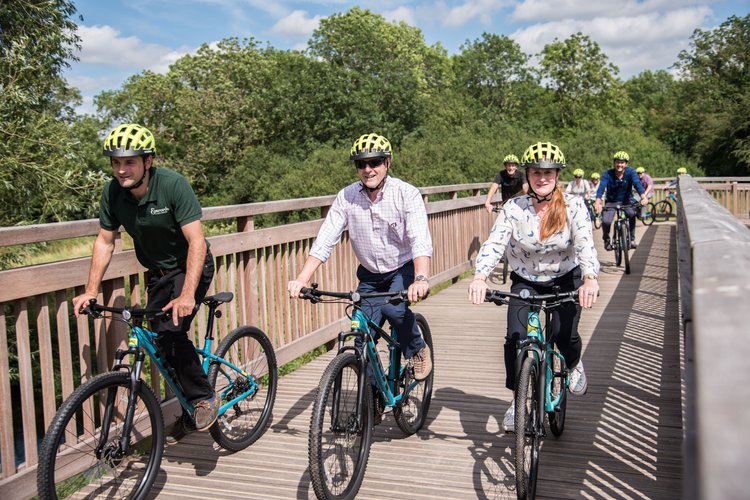 "We are really excited to see the first phase of Everards Meadows open. It's a great space to grab a coffee, meet friends, go for a bike ride and just spend time in a beautiful setting.” Richard Everard

On Monday 22 July, Richard Everard, his daughter Charlotte and son Julian where joined by Chief Executive, Jane Toman and Leader of the Council, Cllr Terry Richardson together with a number of the Blaby District Council team to officially open Everards Meadows with a cycle across the meadows and over the new bridge.

“We are really excited to see the first phase of Everards Meadows open. It's a great space to grab a coffee, meet friends, go for a bike ride and just spend time in a beautiful setting.” Said Richard Everard.

“Since opening we really have had a summer of all seasons. From scorching hot days, to down pours and blustering winds, put that hasn’t stopped people coming to explore!! It's been an absolute pleasure to see so many people enjoying the meadows come rain or shine!

I know Sally, David and the team at Rutland Cycling as well as Paul and Danny and their team at Jenno's Coffee House have also been amazed at the number of visitors they have seen, and all the lovely comments people have shared.”

Everards Meadows provides a link to the Grand Union Canal, so visitors can walk or cycle winding their way along the banks of the River Soar into Leicester City Centre or discover the stunning and quiet Leicestershire countryside. The meadows are also a haven for wildlife, with a wide variety of birds calling it home and several bug hotels dotted around.

It really does offer a great day out or a little oasis to enjoy for a few hours.

Visitors can hire a bike from our friends at the award-winning Rutland Cycling, who also stock a full range of bikes, cycle clothing and equipment from the world's best cycling brands to purchase.

The bright and spacious local family-run Jenno’s Coffee House provides the perfect place for visitors to relax, with a coffee and some delicious homemade cakes, whilst taking in the views over the meadows.

To find out more visit everardsmeadows.co.uk

Take a look at the video from the opening day...

And, if that wasn’t enough to keep visitors coming back to Everards Meadows, Phase 1b the build of our brand new brewery is well and truly underway. It will include a 200-plus capacity eating and drinking space linked to the brewery, open seven days a week for people to pop in for a pint or a gin and tonic, and a bite to eat, or to enjoy tasting sessions, brewery tours, food and drink festivals and other events.

If you would like to find out more about this exciting new development and the progress of our new brewery visit everardsmeadows.co.uk 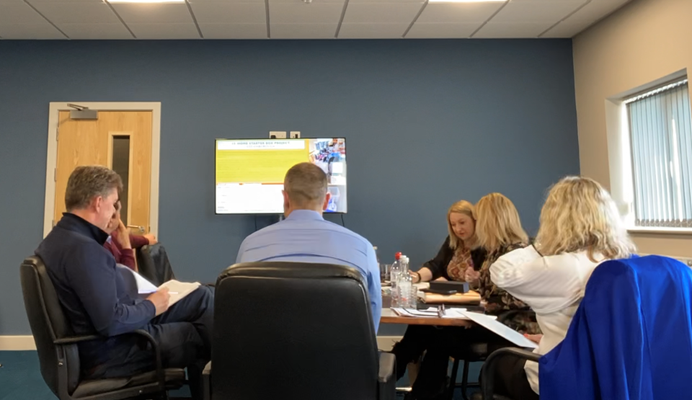 We are delighted to announce that with the support from The Everard Family Foundation and Carling, 12 of the 160+ community projects that applied for funding, are able to go ahead. 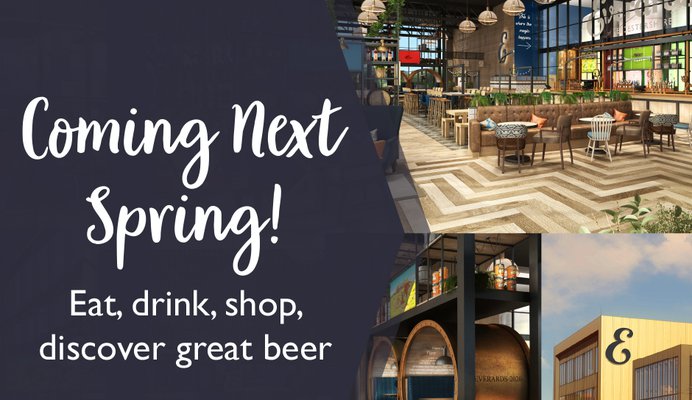 Take a look inside our new state-of-the-art brewery, beer hall and shop 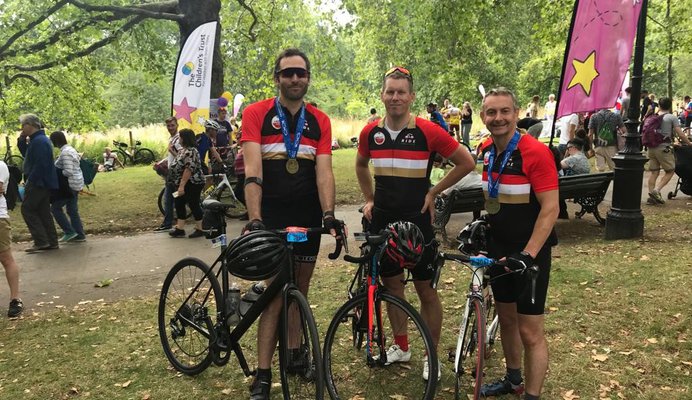 Well done to Steve, Rob and Jamie who completed the gruelling 100 mile bike ride this weekend!